You know. to survive the NDIS for any period of time you have to look for positives. It eats at my gut that I worked in a system that was more focused on high output than quality outcomes. It eats at my gut that I worked a system that had lost its way and where many of its officers simply did not understand why the NDIS was established, nor its legislation. However, there were positives and when the system works well, and together, the outcomes can be awesome.

The bigger positive for me in the NDIS was that the majority of the people I worked with were focused on getting the best outcomes possible. Planners and LACs often get a bad rap. I can tell you that the LACs I worked with cared, and a lot. When they submitted plans that were slashed or when at review needed supports were removed – they hurt. They get angry. They get frustrated. They cry and yes they leave. But make no mistake, without these wonderful people in the NDIS framework, it would be screwed. Hats off to them for keeping up the good fight.

In the NDIA itself there are many good people too. I remember a plan that I wrote for someone that had conflicting information in a report. Truth be known, before I submitted the plan I had not identified the conflicting information. It was relatively minor but had a big impact. The occupational therapist, I am not sure how, had somehow indicated that the participant could dress themselves independently.

This was not the case. The participant has cerebral palsy. They required assistance to dress and brush their hair. Their coordination was such that they could not, for example, put on a bra. The delegate recognised this and contacted me. She let me know that her team leader was thinking of slashing the plan as the result of that report. It was silly really because previous reports indicated that support was needed. There was no way that within a year this person was going to develop the skills needed to carry out these personal tasks, if ever. Common sense would have recognised the error and based decisions on previous reports. But common sense is not that common in the NDIS leadership.

The delegate said to me she had a solution. She was going to extend the plan for three months, pro rata the previous plan. In that time she suggested. I get hold of the occupational therapist  and have the report corrected. This I did. The occupational therapist recognised the error. and amended the report. I worked with the support coordinator to have this happen. Report was received, plan submitted and full support was provided as previous. Truth be known it was mainly my fault for missing the error in the report. BUT, because there was a delegate who cared a crisis was avoided.

This happened often in my time at the NDIS. Delegates would contact me. They would let me know there was problem. Together we would work out solutions so that the participant was disadvantaged as little as possible. In the last year that I worked in the NDIS they introduced plan alignment meetings (PAM) where delegate and LAC would discuss plans and ensure they were both on the same page. I believe it led too better quality plans. The problem was that there were and are delegates who don’t want to PAM because they see it as a waste of their time. I hope the NDIS weeds these people out. They are not wanted and cause great harm.

Deaf people get great benefits from the NDIS. It is not that well known that Deafness is a huge barrier to social participation. Through the NDIS Deaf people get Auslan interpreting and captioning to be able to access community events.  It is true that it took a while to educate the NDIS about the need but I have to say, at least in Victoria, they have provided some great plans for Deaf people.

I well recall a colleague hosting a farewell party for a friend who was leaving. He booked three interpreters for the night with his NDIS package. Party attendees were a mixture of hearing and Deaf. What you would normally see is Deaf in one corner signing away, hearing in the other chatting away. But not now. Everyone interacted. hearing and Deaf alike. Deaf got access to speeches. Interpreters. would help them to eavesdrop into conversations so that they knew what was being discussed. Hearing people would approach Deaf with confidence and introduce themselves and visa versa. It was awesome. It is such a simple thing but brilliant.

I know Deaf people who have used their funding to attend cooking courses and invited other Deaf friends to attend so that interpreters could be used for others. I know where Deaf have combined their funds to attend events so that they have greater access. I even know of Deaf who will book an interpreter with their funds for a friend not on the NDIS so that said friend can access an event. I know of Deaf elite sports people being able to use their NDIS funding to attend coaching camps and team building exercises. It’s brilliant and an example of what can really happen when the NDIS works well.

I remember my first plan ever.  I wrote briefly about this in the first article of this three part series. Participant is a wheelchair user, has an intellectual disability and is HEN fed. Mother was a single mother and cared for her and her autistic son. Communicating with the daughter was very hard. She was close to 30 years old. Needs for the daughter were mostly identified through discussions with the mum. I know some people frown at this, but sometimes it is the only way.

Mum didn’t want much support. She only wanted funding for day services. I outlined the possibilities. Support for care, overnight accomodation, extra hours for day service. Home modifications and the like. Mum was aghast, “She is my daughter … “, she said, ” .. Thats my responsibility.”   I spent some time with the mum convincing her to accept more support. I pointed out she had a son to care for as well who was not yet on the NDIS.I pointed out that if she got sick her daughter might have no support. “What if you go to hospital?” I asked.

In the end mum reluctantly accepted more support. We had some overnight respite. Twice a week a support person would come in and assist her daughter to get ready in the mornings ( that’s all mum would allow.). There was some support worker money available to allow mum to go shopping. Home modifications to ensure the bathroom was safe. Maintenance of the wheelchair. Assessment to ensure wheelchair was ok or needed replacing as it was very old. Some capacity building to see if there was a way to improve communication.

It was all good stuff and helped participant and the mum immensely. I remember a delegate contacting me and asking me if she could put more support in based on the information that I had provided. I called mum and she said no. I recount this story because It was then that I really realised just how valuable and important that the NDIS was. I recount it because I witnessed firsthand just how selfless many carers are. There are people that think carers are trying to rip the NDIS off. I can tell you this is not the case. Often you have to convince them to accept support.

My favourite is the university student with cerebral palsy. She was two years into her degree. Mum had been attending university with her. Each day mum would attend, assist with care and feeding. She virtually gave up her life for her daughter to ensure her daughter could achieve her academic goals. I loved this family. Every time I met them they had cake or curries that they would pack for me to take home with me. Boy they could cook.

I worked very closely with the NDIS delegates to develop her plan. Basically the NDIS funded all her needs that were not based on learning. While she was on campus she had full support for all her care needs. As well as this the NDIS funded transport so the participant could attend social functions and a support person to go with her to boot. There was lots of other stuff in her plan but mostly I recount this story because the NDIS allowed this person to attend university independently. Mum could now go back to being a mum and not a mum/support/transport/Everything person. Terrific stuff.

And sometimes it’s just simple stuff. Wheelchair upgrades, ramps, communication technology, simple things to improve community participation and so on. I had a 64 year old woman who had lost nearly all mobility and relied on her husband for everything. Husband was completely uncomplaining and more than happy to assist the love of his life. A scooter later, transport funding later, bathroom modifications later and she was set. She never tired of thanking me but really it is the NDIS she should thank.

As I say often, the NDIS is the best thing ever for people with a disability. When it works well it is simply brilliant. It creates opportunities that simply did not exist before. It assists with community participation, it provides independence and it keeps families together. The successes are many but sadly we do not hear a lot about them. This is because when the NDIS is bad, it’s really horrible. I would love to focus only on the positives but we cannot. People need to know just how bad the NDIS can be and is. However, we also need to hear the good, because through the good stories we can remind people of the real potential of the NDIS.

All I can say is the NDIS is brilliant. It’s needed and we need to keep it at all costs. But we have to fix it too, because when it goes wrong it causes great harm.

And here ends my three part series. I hope it has provided a balanced insight into what goes on within the NDIS. I wrote it because the NDIS is really a gift for people with a disability and we need to get it right. I hope it helps in someway.

Happy Xmas everyone. If you don’t celebrate Xmas all joy to you too. 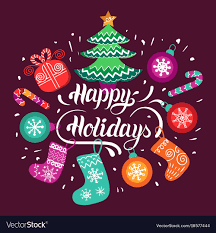 One thought on “Surviving the NDIS – The Good!”