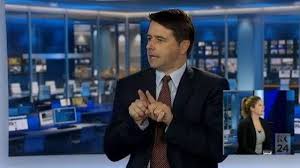 It struck me recently that I have been fighting for my human rights for over 30 years. It probably started back in 1984 when I flew to England in an ill-fated attempt to enter Durham University. I wanted to enter Durham because it had support for deaf students, something that was non-existent in Australia at that time. Ultimately this fell through because I could not afford the fees. Nevertheless, it is an early example of the extremes that I, and others with a disability, had to endure just to access the every day right of education.

Thankfully things in Australia have improved a lot since then. We get interpreter access to University and TAFE. If we so desire we can get captioning too. Captioning on TV is now close to 100% on free to air, although the new digital channels have some catching up to do. As do the pathetic Foxtel and Australian media streaming companies.

For other disabilities there have been improvements too. There is accessible transport and building codes that ensure building access. At least to new Government buildings anyway. But still there is much to do.

For example I heard recently that because the only place that people with wheelchairs in Melbourne can board a train is at the front only two can be on the train at anyone time.  This despite the fact that other carriages are accessible too. I am not sure if this is true but given Australian airlines wont take more than two wheelchair users at anyone time it would not surprise me.

The great Mark Bagshaw, at a talk I arranged with him recently, bemoaned the fact that if he wants to take a train to the Blue Mountains there is only one place where his wheelchair fits. It is in a carriage right up the front. He can’t enter the main areas because his chair is too big.

Because of this he must enter at a particular spot. He has no access to air-conditioning. If it is hot he sweats like a pig. If it is cold he freezes and has to wrap himself in assorted blankets and scarfs.

He is rightly  angry that this is still happening in Australia in the 21st century. It happens simply because people do not plan in advance for the needs of people with a disability and tend to deal with issues when raised, which is often too late.

And so it was with me last week. I attended training. Of course the trainers had not thought to book interpreters. When asked to provide they fobbed me off and said it was my employer’s responsibility.

My employer was happy to provide. But it should not be my employers responsibility it should be the training provider. If they provide training they must ensure that the training is accessible for people with a disability.

As I do, I argued the point right up until the last moment. At the end of the training I confronted the organiser again, in full view of all. I pointed out that my employer already provided for my access needs at great expense and that my paltry $6000 Auslan for employment grant was spent within my first two weeks of employment, ironically on training. The organiser insisted that it was still my employer’s responsibility to pay if they wanted me to attend training.

I sighed loudly in frustration. So loudly that the organiser seemingly stepped back in alarm. I asked her a simple question:

“ When you booked the venue for training did you ensure it was equipped with ramps and accessible toilets or did you insist that people requiring them bring these things themselves?”

The organizer clearly did not have a sarcasm meter. She puffed out her chest and said,

“Of course, we ensured that these facilities were all part of the venue so people in wheelchairs would not be disadvantaged.”

I smiled at her and said; “That’s terrific, perhaps next time you might ensure also that the venue comes equipped with Auslan interpreters too so I am also not disadvantaged.”

There was a moment of silence as the woman digested this point. She asked me to email her my arguments so that she could present them to her superiors. Nevertheless, it is an example of how, over 30 years later, I still must fight for my most very basic of human rights.

What they argued was that the interpreter would interpret things from their own bias and perceptions. They believe that this means Gaye would not make an independent judgment based on her own understanding of the evidence.

Gaye took her case all the way to Australia’s High Court but still lost. Even though Deaf jurors are permitted in the USA and in the backwaters of New Zealand, Australia continues to thumb its nose at providing a very simple human right.

There are people that say that Gaye’s case is a very minor one and that we have bigger fish to fry. Well I digress. If a Deaf person is denied a very basic right to take part in Australia’s justice system what does that mean legally for other areas of life?

Do we refuse Deaf people the right for a trial in court? Because after all the interpreter might put their own interpretation on a question. Would this not also mean that the Deaf defendant does not get unbiased access to questions.Does this mean that all Deaf criminals go free because they cannot get access to a fair trial?

Of course it does not. Interpreters are provided to Deaf people all over the country so that they can stand trial. Despite this interpreters are seen differently if a Deaf person is a juror. The justice system cannot have it both ways.

BUT – There is light at the end of the tunnel. Super Al McEwin, deaf himself, has recently become Australia’s Disability Commissioner – Can Al change the landscape and bring Australia into the 21st century in regard to disability rights? There lies his challenge and I wish him well.

In the meantime we Disableds have to keep up the good fight because Al, as good as he is, cannot do it alone.

3 thoughts on “Australia and Disability Rights ?????”