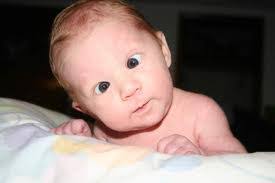 A few years ago I was asked if I needed a lift home. This was because the person that offered thought that people who were deaf could not drive. I find this mildly amusing at best. Except that the person offering had worked in the disability employment sector for a decade. Then there was the hearing woman that asked me, hand on heart, how my deaf mate could laugh if he could not talk. Or the instructor of a professional development course who told me I was responsible for bringing my own interpreter because people in wheelchairs bring their own wheelchairs. Not forgetting the professional disability event organisation who offered me a free $2000 registration on the proviso I provided my own interpreter for a day long conference. They reckoned this was smart because paying $900 or so for interpreters would mean that their business would not be viable.  You do the maths.

But it’s better now isn’t it?

Then I read online last week that prisoners who were sex offenders were being used to care for other prisoners who had disabilities. Perhaps we should consider the fact that sex offenders can become better people. You can do that if you like. Me? Well I like to think that people have more common sense than to put people who are already vulnerable and less likely to be able to defend themselves in situations where they can potentially be abused. Maybe it is just me overreacting. Read the article at the link below and be the judge. If true; what were they thinking??

This week I was asked to interview for a job interstate that I currently do. I really could not have relocated at this time. I have kid doing year 12, a house to fix, a house to sell and the like. I thought why not do the interview, just to put my face out there if a similar job comes up later when I am in a better position to move.  You know I have been in this role as a senior supervising numerous staff for nearly two years. I’ve been told I am a bit of a gun with the planning process. Without reservations I am happy to say that I am pretty good at what I do.

I just would have thought an organisation involved in the biggest disability program in Australia would have known better. Making an ASS out of U and ME as they say.

Anyway 12 emails later I had managed to educate this new organisation as to how to book interpreters. This was after I requested captioning for the online interview. They preferred interpreters and notified me that that was what they were booking. I wasn’t too fussed but did wonder if they understood the principles of choice. I just would have thought an organisation involved in the biggest disability program in Australia would have known better. Making an ASS out of U and ME as they say.

So anyway they sent me a link for a Skype hook up. The link was on Skype for Business. I was a bit worried as I was linking up on my general Skype account. I sent them an email about 45 mins prior to the interview and said I might have trouble linking up. They replied almost instantly saying that they would get their IT guy onto it.

They had no idea I had connected. So said as gently as I could, “HELLO”

Anyway in the meantime I worked out what to do. Sent them an email and said I had fixed it. I don’t think they read the email because I dialed in and connected. There was no video but the interpreter could hear them on the other end chatting. Apparently they were saying that the fact that I had not connected showed that I lacked problem solving skills. Apparently I needed to have been more prepared and should have identified potential problems beforehand. I watched the interpreter translate what they were saying with amusement for about 45 seconds. They had no idea I had connected. So I said as gently as I could, “HELLO”

The silence was golden. After a good 15 seconds someone piped up. “Who am I talking to.”  I confirmed that it was I. We linked up by video. Throughout the interview I demonstrated to them what thirty years of experience means. And then they asked me if there was any special funding to cover my reasonable adjustments.

I was very honest. I said there is JobAccess  but it doesn’t go far and that if I were to work for them there would be additional expenses to cover my interpreting and that it was not cheap. It wasn’t a very good link but the facial expression on the interviewer when I said this was priceless.

So anyway the interview came to an end. They sent me a link where I had to show my mastery of Office programs and my typing speed. There were lots of questions relating to Excel. I’m not good at Excel. So anyway I did the test as well as I could. Sent it off and waited. A day or so later I received an email that they wouldn’t be processing me further.

I emailed them and confessed surprise. I said you wont find many who have 30 years of experience and who have been successful in the role for two years. I pointed out I was proficient in all the systems of the job too. Apparently I wasn’t progressing because I am not good at Excel, and being good at Excel is mandatory in this organisation. They asked me to consider other positions as they arise. I promised I would and that I would do a crash course in Excel in the meantime.

They professed that they were mightily impressed with my knowledge and abilities but being good at the job is not as important as knowing Excel apparently.  I will leave the reader to be the judge of that one.

And then there was the person that seriously asked if Post It notes as a communication tool could be considered as an alternative to interpreting. And then suggested that perhaps a voice recorder might help. Skillfully the situation in this case was used in a positive way to educate the person concerned. But Post It notes? Just way to weird for me to process.

So that was my week in disability. Just way way to weird! And there was me thinking we had progressed.

One thought on “The Sad, Weird and Wonderful World of disability”