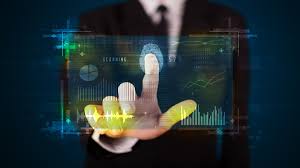 You know that since I was at secondary school I have actually been receiving a lot of my information second hand. This is because I have had to rely on interpreters, captioning or note-takers to get my information.  I have to put an enormous amount of trust in the person that is supporting me. If they get it wrong, I get it wrong. If they don’t understand, I wont understand. If they pick and choose information that they think is relevant and exclude stuff they think is not – well I have to hope to high heaven they are good judges of information.

At school I had note-takers. This was BC – Before Captioning. The teacher might sign somethings to me in crappy Signed English occasionally but  mostly I relied on their notes. So in class the teacher would jot down the important information. If there were discussions happening in the room I generally got no access to that cos the teacher didn’t note this. In that sense I had no access to peer learning. So what I had to do was learn based on the information my teacher/note-taker thought was important. I passed somehow, not sure how but I did.  I was apparently the first deaf person to matriculate from a Centre for Hearing Impaired in Adelaide. This was in 1983.

It’s true I barely passed but no matter. I was a shit student. There were more important things in life than studying endlessly – soccer being one. But nevertheless I passed on what was really very limited access to information and what I could garner from my own limited reading. Looking back, that’s a  huge achievement.

So after secondary school I decided I was going to be a teacher. A teacher of the deaf (TOD). I reasoned that I would be good at it. After all, who understands deaf people better than deaf people themselves? I remember when completing my last year of school I nominated a number of courses. Parks and Recreation was one. Aboriginal studies another. Teaching was my priority. I was accepted into all of them but chose teaching. I wish I had chosen Parks and Recreation now. Being outside all the time in the wilderness has an appeal. But I reasoned at that time that Park Rangers communicated by two way radio and it would be too hard.  Whoo boy, how I and times have changed.

So I started teacher training at the Salisbury College of Advanced Education. I attended for six weeks or so and sporadically at that. This was 1984 and disability support for tertiary education in South Australia was non existent. I had no note-takers and no interpreters, nothing. I didn’t learn much. Correction, I didn’t learn anything. If this experience taught me anything it was that access to at least some information is better than no access at all.

After six weeks I found out that there was this university in Durham (England) that provided support to deaf students. They had a teacher of the deaf course so I went out and bought me a plane ticket, wrote them a letter and left for England. All before I even knew if I would be accepted or not. Meanwhile I didn’t even withdraw from my course in Adelaide, I just left. No doubt the record reads FAIL somewhere.

So away to England I headed , got myself an interview at Durham, got myself accepted and found out that I didn’t have enough money to afford the fees. No doubt there were grants around I could have accessed.  But the Red Lion up the road and the English Deaf community had more appeal. In short I was too busy having a good time.

Meanwhile in Australia Mum and Dad were besides themselves and trying to find money from the Australian Government to fund my studies. While they were on their hundredth phone call I was probably downing a pint while chatting to some attractive deaf woman. Mum and Dad even got in the newspaper. I still remember their serious faces in the article photograph while holding up a photo of me smiling broadly. The gist of the article was that I was deaf boy wonder trying to make good in England and abandoned by the Australian Government.

BUT mum and dad’s efforts were not wasted because they found out about a teacher of the deaf course that was being set up by the late and great Dr Des Power in Brisbane. So I flew back to Australia and before I knew it I was on my way to Brisbane to study. Dr Power was way ahead of his time. He got funding for interpreters and note takers so that Deaf students could access the course.

Again I wasn’t the best student. I lived at the University Halls of Residence. It was brilliant but also distracting. Beer, social functions, pool tables, table tennis, ready access to the city and night clubs – Well it sure beat being stuck in a dingy little room studying all night.

I generally did OK. I once had an all night study party where we studied for an exam that was at 9 am next day. We had started at 7pm. We had beer, a couple of breaks to play cards, ordered pizza and ribs. Naturally we studied a bit. We finished at 7am next morning showered, had breakfast and went to the exam. How I got a credit for it I will never know.  I reckon that the access that I was being provided played a large part in it.

BUT, alas, along the way I broke my leg three times. I got a bit depressed about that. I was trying to imagine myself in a room with 30 screaming kids, five days a week, for the rest of my life. That was even more depressing than the broken legs. So I upped and left back to Adelaide and enrolled in a Social Work course.

I went from Queensland where I was spoilt for access to Adelaide where I had none. Although support was promised, it was never forthcoming. I actually had to stand out in front of the class and ask students to help me by sharing their notes. This struggle went on for six years until I graduated.

I fought and fought for access including meeting with the Education Minister. I appealed and wrote countless letters to the Vice Chancellor explaining my difficulties. It was not until my final year that I got access to interpreters. And even then I had to fight lecturers to allow the interpreters into their classrooms. Believe me when I tell you that I value all the support that I can get. I’ve worked hard for it and earned it.

So over the years I have used interpreters and captioning in a variety of situations. Work, recreation, training, study, medical and social gatherings. I am always thankful for the interpreter and captioners. I do everything that I can to make sure they have optimal conditions so that they can interpret or caption to the best of their ability. I make a point in giving opportunities to young interpreters so that they can upskill. We all know that there is a lack of supply. If us deafies don’t take some responsibility to upskill the interpreters who will?

My respect for interpreters is immense. When I use them I take control of the situation. I try my hardest to stop people talking over each other so as to make sure the interpreters job is easier. If they have optimal conditions then I get optimal information. I make sure they have breaks. I am patient when I know a speaker is difficult or speaking too fast and will often ask speakers to slow down. Interpreters know that they can tell me when a situation is hard and I will try to rectify it. Good interpreting and translation is a team effort.

I am well aware that interpreters must be good. They are often in situations where people’s futures or lives are on the line. Because of this they sometimes have to take control. This means that they sometimes have to tell people to repeat things. If this slows down the process then so be it.  They sometimes have to ask deaf people to finger-spell more slowly.  Their job is one of immense responsibility and accurate translation is crucial. For this reason if a Deaf person says to me that interpreter X was crap because they asked them three times to slow down their finger spelling I’m likely to go into battle for the interpreter rather than the Deaf person. Sure, its not ideal but accurate conveying of information must be the goal at all times.

Interpreting is a limited market. I would love for them all to be brilliant here and now. Bottom line is there are many that need years to get to the level that we deafies, especially professionals, desire. For that reason we have a responsibility to lower our expectations a little, support interpreters more and help the market upskill and develop.

If an interpreter is struggling with finger spelling now it is only through constant exposure that they will get better. So if they say slow down – just do it, even if you are a big wig academic. Otherwise our lofty expectations may create a world where only the best survive and there are even less to serve the market than there are now. I’ve been there and I have no desire to return.