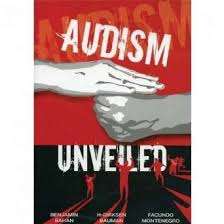 What a week it has been. It started when I innocently decided to critique Edan Chapman’s article, We Are the Deaf. I thought it was a fairly measured critique but apparently not. Out came my mate Paul who said that by critiquing the article as I did I was the equivalent of the Alexendar Graham Bell Association, that bastion of oralism. On the other side of the coin some aggrieved parents labelled poor Edan mentally deranged and called me an anti-oralist. And then there was Jane who had this to say,

“An old classmate of mine saw you at the Deafness summit. He commented that you were possibly the only level headed speaker there and really appreciated what you had to say.”

From the Antichrist to a hero in 60 seconds. It was totally bizarre.

But anyway, as I do, I decided to write about it, particularly of the response of some parents at the Aussie Deaf Parent’s page. ( Not its real name, but they got upset when I used the real name.) Basically in this article I outed the abusive parents who attack anyone that expresses a view contrary to their own. Indeed my own wife, for venturing a balanced view, got asked in no uncertain terms to leave the group. This is in part what she said.

“.. As they grow older they develop more conscious, they become aware of the little incidents that may or may not deliberately exclude them. As you get older you get told no more. More barriers get thrown up. It’s exhausting. It’s exhausting and even the best hearing amplification and language skills are not always enough. Its not always easy being human, let alone a deaf human.”

So for this bit of personal insight she basically got told to fuck off. There is no kinder way to put it. In disgust she quit the group.

My article basically condemned the pack mentality. I asked that the “PACK” back off and not bully those whose views they found confronting. I then praised those who were more open minded and accepting of different viewpoints who are part of the group. The latter, I believe, are firmly in the majority.

It was then my intention to not write for a while. You see the response was just overwhelming. I did not know what hit me. And then they kicked me out of the group. The administrator  contacted me and said I had maligned the group and upset the parents, therefore I had to go. But the bullying and victimisation of people posting alternate views was left unaddressed. The whole thing is a fascinating study of Audism.

Audism is often seen as a dirty word. But what is it? Alex Jones in his Vlog for AI Media defined Audism simply as the world viewing deafness as bad. Jones describes other aspects of Audism where sign language is seen as inferior and speech superior. He describes how deaf people  have been oppressed over the years and made to speak, even banned from signing. This view of hearing as superior and deafness as an inferior and bad thing is what Audism is all about.

Audism is a very controversial term and one that really ruffles feathers. Indeed even our deaf organisations exhibit Audism. For example Deafness Forum currently have a very clever Hearing Health campaign happening. They want to see deafness listed as a health priority.

This campaign is not just about preventing deafness or fixing it but it is also about deaf people accessing the health system. This can be done by providing appropriate communication support and response to people who are deaf. As such it is a very broad campaign.

But even Deafness Forum pander to the masses. They know that to convince hearing decision makers to part with their money they must target what these decision makers know. Of course, by and large, decision makers are Audist. They see deafness as a bad thing. Hence Deafness Forum unashamedly use hearing and sympathetic/emotional imagery of kids hearing for the first time. Indeed the slogan ‘Breaking the Sound Barrier’ smacks of Audism.

For me this is almost like selling your soul to the devil. All it does is reinforce the stereotypes that we try so hard to breakdown. But  Audism takes no prisoners. It demands that deafness and all people deaf be eradicated.  If this is not possible then the unfortunately afflicted must fit in with the hearing norm. There can be no value in deafness for the Audist.

That  is how our society works. Everything is designed for hearing people with little thought to the needs of deaf, or any disabled people for that matter. A deaf person goes to hospital they are expected to hear and lipread. If they cannot often they get looks of pity or exasperation. Watch the nurses roll their eyes knowing that their time is going to be taken up with communicating with a deaf person. Watch doctors continue to talk even after you ask them to write. Watch the excuses about cost start to roll out once you ask for interpreters or captioning.  This is the attitude of an Audist society

This exists everywhere in all services and in education. Deaf have to fit in with hearing. Rarely is thought given to design of services so that all needs are met. Nearly every time it is about responding rather than being proactive. Not all the time – BUT JUST ABOUT EVERY TIME!

Understandably this small group of parents on the almost fictional Aussie Deaf Parents page, who all have deaf kids, are Audists too. I say understandably because for many their deaf kid will be the first time, ever, that they have experienced deafness. Understandably they want their deaf kids to be like them. They want them to experience all the things that they value. When they see their kids learning to speak and doing well they see their decisions being vindicated. I get that but deafness is such a broad experience. When the child leaves that protective environment of the family and the school, real life starts. It is not always pretty.

We deaf people know this and we want to help parents navigate this  minefield. We want them to understand what may happen in the future so that they may help their kids develop the life skills and resilience to deal. “BUT”, say these parents, ”IT’S DIFFERENT NOW. My kids school captain, my kids in the music group, my kids in the Footy team, my kid had hearing  friends for a sleep over last week… IT’S DIFFERENT. My kid thinks he isn’t deaf because deaf kids can’t speak and HE CAN!”

All these things happened in the past too. In the past and now there were and are successful deaf people. Tradesmen, teachers, lawyers, doctors, architects, social workers and even nurses. Deaf people have been successful since forever. BUT, by and large, they had one thing in common, they worked doubly hard to get where they are. They had barriers, attitudes, discrimination and prejudice to deal with. Everyday they deal with this almost everywhere that they go.

That does not mean they are all basket cases, though for sure many become that way because they struggle to deal with this crap on a daily bases. It means that they know how to deal with the crap and there is so much parents and deaf kids can learn from deaf people that have walked the talk.

To cut them off because one finds their experiences as too confronting is just denial, and that is not the name of a river in Egypt. But that’s Audism for you. To those parents I say, again, open yourselves to the experiences of deaf adults both good and bad. It may well be the best thing you ever do for your deaf kids.

19 thoughts on “Audism in Your Backyard”