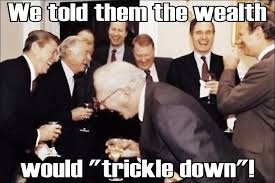 I always get excited when I have the opportunity to visit Sydney. It is a beautiful city. The iconic Harbour Bridge and the Opera House never cease to leave me in awe. I was lucky this weekend to be able to visit Sydney to attend the Deafness Forum Summit on behalf of Deaf Victoria. I was planning on plenty of walking and catching up with old friends.

Upon landing I made my way to the hotel. I was sharing a room with a friend who had already checked in. This was convenient as I was on the red-eye express and arrived very early. It allowed me to go straight to the room and catch up with some sleep. I planned to have a big walk after lunch. I have a Fitbit and am currently striving to achieve 20 000 steps a day whenever possible.

Around 3 pm I took off down George Street for the Harbour. Ten minutes later I saw the sign that said Newton and realised I was walking the wrong way. A quick about turn took me in the right direction. I passed Central Station and noticed a few homeless people hanging about. This is not uncommon.

But as I progressed towards the Harbour I noticed that there was a homeless person virtually every 50 metres. They often placed themselves near traffic lights with cap or begging tin asking for loose change. Many find themselves a little nook that keeps them out of the way of the mill of the pedestrians. A few had pet dogs. All seemed to have some kind of bedding like a pillow and quilt. Many were gaunt and thin. Most likely the consequence of drug abuse.

As I progressed I noticed a woman in the distance. She had that thin and gaunt look of the drug abuser. For no particular reason I wondered if she was deaf. As I came to her she had a little cardboard sign that indicated that she was indeed deaf. I bent down and asked if she could sign. Indeed she could and she was a fluent and native signer.

She shook my hand and we conversed a while. She told me her name and indicated she was from Queensland. She had a nasty black eye and I asked if she was OK. She said that she had been beaten up earlier for her drugs.  I told her that I was going to the Harbour and that I would be back later. I was determined to buy her a coffee and a bite to eat.

I made my way to the Harbour. I was struck by the contrast. You see the Harbour is the epitome of affluence. Boats, cafes and luxury abound. Tourist look on in awe at the Bridge and the Opera House. There is not a homeless person in sight. All around you people are flaunting their wealth with their “look at me” designer clothes. How could such affluence exist in the presence of the abject poverty that was on display a little more than 100 metres away in George Street?

I made my way back to my hotel determined to find my deaf and homeless friend. It seems odd that I call her friend given I had only spent 5 minutes in her company, but it felt that way. Sadly she had gone and I could not get her a coffee and a bite to eat. A little later that night I was walking George Street looking for a bottle shop. I was having difficulty finding one so I stopped at 7 Eleven and bought a box of donuts. Just up from the shop was a homeless man who was sick and in obvious distress. I gave him the donuts. I simply said “enjoy” and made my way back to my hotel.

And today Prime Minister Turnbull announced the election for July 2nd. It is to be a Double Dissolution election. As I watched him announce the election date and implore us to vote Liberals I wondered how the Liberals were going to help those homeless people on George Street and all over Australia. Would their much vaunted tax cuts to business bring benefits to these homeless people?

There are people who will tell you with the utmost conviction that the homeless are there by choice. There is a strong view that if the homeless choose to help themselves they can improve their lot. Instead of begging and relying on handouts they can do something constructive. Go to TAFE and get a job for example.

Such a hard-nosed view is nonsense. Very few people choose to be homeless. Some of them have been ravaged by drug abuse. Some have lost their jobs and as a consequence their homes. Some are victims of domestic violence, or any violence, and have nowhere else to go. Many have mental health issues. I saw one person in a wheelchair. With 45% of people with a disability living at or below the poverty line it is no surprise that many people who are homeless also probably have a disability. Possibly the majority.

So I wondered if giving businesses tax cuts was going to help these people. Don’t get me wrong, I know owning a business is hard work. I know that many will benefit from tax cuts, particularly small business. But business earning more than $10 million? Multi-Nationals? Many that seem to pay no tax at all. Surely they have the capacity to contribute more.

The theory is that by giving businesses tax breaks that they will invest the subsequent savings into their business and this will create jobs. The increased profits will “trickle down” and everyone will benefit. Will the homeless? Will these people with no skills, no qualifications, no direction and no Government support benefit? Hell, if any of them choose to go on the Dole now they will have to wait six months to get any income support. What is to become of them?

Last year I worked with an organisation that provided education and employment support for people who were homeless. We were working in partnership to identify homeless people who had a disability. We wanted to ensure that any program that they participated in considered their disability and access requirements.  We were making great strides and then the Government cut the organisations funding for employment and education support. Where is the sense in that?

The Liberal’s want us to believe that by supporting business and helping them to grow all of us will benefit. A profitable business will employ more people. This will increase employment. More taxes will result. Everyone benefits. This is called the “Trickle Down Effect”. But there seems to be a consensus among top economist that “trickle down” is bunk.

Many leading economist believe that the widening of the gap between the wealthiest and the poorest is evidence that Trickle Down economics does not work. In fact in 2014 the economic think tank of the Organisation of Economic Cooperation and Development outright dismissed Trickle Down Economics. They believe that, “… income inequality has a sizeable and statistically negative impact on growth, and that re-distributive policies achieving greater equality in disposable income has no adverse growth consequences.” In short, making the wealthy wealthier has no flow on effect to those that are not wealthy. It just widens the gap of inequality.

Alanna Petroff, writing at the CNN money website last year bluntly states, “Wealth does not trickle down from the rich to the poor – period” She cites none other than the International Monetary Fund that found , “… researchers calculated that when the richest 20% of society increase their income by 20% the annual rate of growth shrinks by nearly 0.1% within five years.”

But this is the Liberal’s approach. Give to the rich and the rest of us will benefit. Because the rich will invest in their business and create jobs. I am not a supporter.

The Labor Party, on the other hand, have the opposite approach. They believe that he rich are not contributing enough. They want to tax rich people more. They want to close tax loop holes like negative gearing that are abused by people with money who buy several investment properties. By making the rich end of town contribute more Labor believe that money can be raised to pay for much needed services. Services like the NDIS, funding of disability peaks, hospitals, schools and, dare I say it, programs that can really help the homeless like public housing and investment in skills and training.

Naturally the Liberals think that the Labor approach is pie in the sky and that by punishing business it will cause stagnation and halt growth. Jobs will go and the economy will collapse. Who do we believe? Gina and Murdoch anybody?

Perhaps there is a Trickle Up Effect. You know if you help people get on their feet, you make sure they are healthy, you make sure they are cared for or you make sure they have money for food and rent then they contribute more to society. Perhaps monetary incentives to train and skill individuals for employment will be spent on things like clothes, food, tools, computers etc.  This might mean money trickles up to the rich and they actually get richer. This in turn creates jobs and growth as demand increases. John Maynard Keynes thought so.

The choices are stark. The election is only 8 weeks away, think hard about who you want to vote for.

One thought on “Trickle what way????”