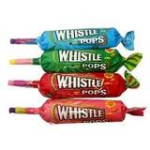 Recently Ramp Up editor Stella young wrote an evocative and moving article on ramp up. Ms Young has what she calls dodgy bones and is a wheelchair user. In the article she wrote a letter to her 16 year old self. Said Young to her self. “ .. The truth is, there will be people who will overlook you, who will pass you over and ignore you. There’ll be people who are really attracted to you, but whose feelings are squashed by the social pressures of what the media and society tells them is acceptable attraction. That’s ok. It’s just the way it goes. The good news is, it’s nowhere near as bad as you think it’s going to be. Not even close.”

The paradox of disability is that the physical or medical component of our disability is not really the crux of our worries. The crux of our worries is fitting in. It’s a psychological thing. As a child or a teenager the worst thing ever is to feel different and be left out. In the back of ones mind is always the possibility of rejection. Often rather than be rejected the person with a disability will just withdraw all together. It becomes all too hard.

As a kid and teenager I did not cope with my deafness at all. The focus was always on making me hear better. Doctors, audiologist or special education teachers were all the focus was on. No one helped me to deal with my demons. No one told me how it would be or helped me to understand how I would feel. Make me hear better and ensure that I got educated properly then all would be well. It doesn’t work that way.

Primary school was perhaps not so bad. I lost my hearing at the age of 8. I already had a core group of friends. I was good at sport so acceptance was always there. But deafness does funny things to how others perceive you and it dents your confidence. For example when captains pick the sporting teams, before deafness I was always one of the first picked. After deafness I was the last.

And then their is the subtle bullying. Not the physical, just the psychological. I was a pretty proficient lip-reader but like most lip-readers I would sometimes get it wrong. This caused much mirth among my peers. They would come up to me at the school crossing and mouth, “ ..are you a poof?” I knew what they were asking but I would say “yes”. The reactions from all around was mortifying. I learnt very quickly who my friends were. I could not believe that they could be that mean. Even so called best friends would try. In retrospect the damage to my self esteem started very soon after I lost my hearing.

Inevitably your school marks suffer too. I went from a student near the top of my class to an also ran. I was in a mainstream setting with no support. No visiting teacher and no integration aid. I had to fend for myself. Failing a test was something foreign to me and I began to fail a few. When this happens you feel stupid and worthless.

To compensate I tried to become more popular. I became the class clown. Rather than complete work I would shove it under the table. Inevitably this would get me in trouble. When confronted by the teacher I would make flippant remarks that would make the class laugh. I got in lots of trouble but the negative attention was better than no attention at all.

And then high school came. Oh to be different and not fit in at high school is the worst thing ever. Wearing hearing aids was not cool. Losing them was. Allowing the dog to chew the mould up was a strategy. Forgetting hearing aid batteries was common place.

And high school is so much harder. You are going from one class to another. There are different teachers. There are different teaching styles. Some are easy to lip-read and some are not. The first two years at high school, before I attended a unit for the hearing impaired, were a nightmare. These years were so bad that I once wagged school for two weeks straight. Eventually they rang my mum and I was caught. I would just go to shopping centres and read the paper. There is no way I could do that today. If your kid is so much as an hour late they text you to ask where they are.

High school is about maturing too. From running around in the playground and burning energy at primary school your peers suddenly become boring. They want to talk all the time. The want to sit in circles on the oval and discuss who has got the hots for who. If you are deaf, and the only deaf in the village so to speak, interacting in these groups is well nigh impossible.

And how do you learn from your peers so that you can mature. Overhearing and discussing issues like sex and relationships is just so important to a kids development. Discussing what one heard on the radio or over hearing conversations on the bus all contribute so much to social learning. For the deaf kid who is mainstreamed into a hearing school  – It’s a lonely place.

And getting a girlfriend, Oh dear! Oh my god how cringe-worthy that was. I mean I knew girls were interested in me. I would get secret valentines every year, sometimes two even three. But I just had this great fear of approaching girls. There was one girl; Robyn was her name.  I was absolutely besotted with her. I used to walk my dog past her house every day in hope that she would notice me.

After a couple of weeks it was clear that the strategy was not working. Even sitting against the fence at the display homes across the road from her house didn’t seem to work. What I did was buy a whistle pop. You know those lollies that are actually a whistle.  I would walk past her house and blow it as loud as I could. To my horror this strategy actually worked. One day she came out and invited me in.

And I sat at her kitchen table and said absolutely nothing. I grinned stupidly and drank my lemonade. I thanked her and as quickly as possible and got out of there. We never spoke again. Even now at 49 years old I go crimson red just thinking about it.

To me this is what disability is more often about. Sure the physical part of disability causes its issues but the psychological impact of disability and how it affects young kids with a disability gets lip service. It is hard, hard work. It is often emotionally very painful. The scars often carry through to adulthood.

But it gets better. Eventually you do grow up. You get that first kiss. You get that first job. Some of us graduate and have families. Most of us, not all of us unfortunately, do end up having happy, eventful and fulfilling lives. But it takes time. As Stella Young says, ” Go ahead. Lead a rich and messy life. It will get better and better, and just
when you think it can’t get any better than that, it will.”

But it takes time. I just wish we could find a way to make it a wee bit less painful in those early years!