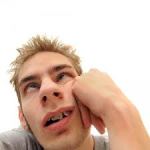 I witnessed the most marvellous rant this morning. A friend had attended a fundraising function in Wales. The fundraiser was to raise money for the National Deaf Children’s Society in Britain and also for a cancer charity. It was a simple function, bingo. Yet despite it having a focus on deaf people the organisers had failed to consider the communication needs of people who are deaf. Said my friend, “I told the organisers (I was cross at this point), there is no point in raising money for deaf people if you are going to exclude them. So they told the bingo caller to slow down.” Even though the organisers apparently told the caller to slow down he/she didn’t. My friends elderly mother tried too help but it was all too fast. My friend, well known for her assertiveness, let fly, “Let me say this: there is NO point at all raising money for charities if you cannot change your attitude. That money is going to go straight to London, meanwhile deaf people locally are still excluded. What exactly are you raising the money for (apart from organisation overheads)? To ensure deaf people are included? It is the ultimate oxymoron.”

One can imagine that seeing an event about raising money for deaf people that a deaf person would want to attend. The deaf person would assume, rightfully so, that all bases would be covered. After all it’s for deaf people so one would be quite within their rights to expect that the organisers would know what deaf people need … But no! As they say about the word assume … It makes an ASS out of U and Me. You see in the disability sector there is an infuriating habit for organisations to employ or contract people who know absolutely nothing about disability. These people have a frustrating ability to cock things up. Like the diversity for disabled organisation who were giving an award to a person in a wheelchair but neglected to provide a ramp for the person to get up on stage. CLUELESS

Too often people employed in positions of power in the disability sector have this awful welfarish mentality. They think that all people with a disability require help, the poor souls. It’s lovely to help isn’t it? See those lovely, poor and disadvantaged deaf people over there … Their life is shit! But buy a raffle ticket and we will make it all better. Be good, look into your soul and help those less fortunate. Theres a dear.

I copped abuse a few years ago for writing an article about a deafblind man in Adelaide who does fundraising for the deaf there. He sits in shopping malls and waves a can about. Passers by, taking pity, drop money in his can. I had known the fellow for some years but I was appalled at what he had been reduced too. People would actually avoid him and give him pitying looks. You could see them as they passed him by whispering to each other. No doubt they were saying what a poor fellow he was.

In the situation with the deafblind fellow I even offered, free of charge, to help them to design a more positive campaign. Don’t get me wrong, I understand there is a need for fundraising, I am not that naive. However, I strongly believe that this fundraising can be done in a positive way. After being abused by the organisations CEO for writing what I did I offered to help. I suggested that you could set up a table where the fellow demonstrates how he uses assistive technology and computers to be more independent. I suggested that these demonstrations could highlight the positive programs that the organisation provides. The message could be to donate to contribute so that these programs can continue. My belief is that this type of positive promotion is a far better fundraising tool. The CEO ignored my offer of help. Sadly the deafblind fellow continues to wave his can in shopping centres. He does so simply because the organisation refuses to consider alternatives.

Some years ago I applied for a managers role in a key organisation for deaf people. I got to the final round. Part of the final round was to have an interview with a psychologist. The psychologist would then assess your suitability for the job. The CEO arranged for this to happen. For whatever reason he suggested it should happen via Skype. The psychologist contacted me to set up the interview. I assumed that because they had suggested Skype that the psychologist knew how to sign. It’s a nasty word that word, assume, and it bit me again. Of course she did not sign. Quite how we were expected to communicate I do not know.

But anyway a few emails later the psychologist and I worked out a system. I, having passable speech, would talk. She  would type her questions. So we connected. It was very clear when we connected that the internet connection was not very good. She could not hear me very well and what she typed did not immediately come through. I found myself answering a question in detail only to find she was typing something to try and clarify  a point I had made. What she typed didn’t show. All I could see was her head and shoulders. Suddenly I looked up and she was frantically pointing downwards with two fingers towards what seemed to be her neither end. Eventually we managed to get a brief conversation going for five minutes and she suddenly said she had enough information, she had another appointment, she wished me luck and logged off. Suffice to say I didn’t get the job.

Later on a worker from the same organisation contacted me for assistance. This was in the early stages of the NDIS. This was when the Government was consulting about the NDIS to assess whether it was needed and wanted. The person that got the job that I had applied for was writing a submission for the consultation. I did not know this at the time. The worker visited me to ask me questions about the NDIS and self directed funding. I was more than happy to oblige and provided her with a heap of information and internet leads.

A few months later the findings of the consultation were released. I was reading through them and found the submission from the organisation that had turned me down for the role. Blow me down – I kid you not – virtually word for word they had quoted the information that I had provided to their worker in good faith. They had clearly used the internet leads that I had provided them too because there were passages that could be attributed to these articles. I was more than a bit taken aback, after all I had applied for the role that the author of the submission had won and had been turned down. It was a bit like a punch in the face to see them using my knowledge with absolutely no reference to the help that I had provided. Ok the author of the submission might have known a bit about disability, but she knew EFF all about deafness. But she got the job – Go figure.

You see this all the time. CEOs are employed for their business acumen but have no idea how to relate it to disability or deafness. They portray all the wrong messages and keep promoting the woe is me mentality. You see fundraisers who have a million degrees in marketing but no idea what the deaf or people with a disability need. Hence they continue to target the heart strings.

Even with the NDIS politicians are clearly being guided by the clueless. Nearly every time you see Tony Abbott or Julia Gillard promoting the scheme they are sitting next to some fellow or woman who is in a wheelchair and they smile up to the camera paternalistically. You hardly ever hear them talking of the economic benefits of the scheme or of how the scheme will allow people with disabilities to  contribute more to society. Or of how many jobs will be created by it. Instead you hear about how it will HELP.. How much CARE it will provide and worse, how much it will cost! And of course this cost is being met by the generous dollar allocation of the Pollies. What about the message that its an investment and that the return will be huge. Who is advising the Pollies …. More clueless people no doubt.

There I have said it – rant over!